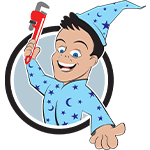 Are you having problems with your drains? It is time to speak with a skilled plumber at Wizard Plumbing and Drain. Our company is trusted throughout the Bay Area to repair any drain problems and ensure that your system is not affected by backup or blockages. The moment that you believe there is a problem with your drains, call our family owned and operated business for quick plumbing repair.

Call (650) 843-9911. We will beat most competitor’s written estimates by 10% or more. Is your clogged drain an emergency? Our San Mateo drain cleaning experts offer 24/7 emergency plumbing repair!

Every home or building in the area has different plumbing systems, pipes, drains, and more. There is no one-size-fits-all solution to repairing a drain. No one knows this better than our knowledgeable plumbers. Our company only hires the most skilled and trustworthy candidates to give your drain the attention that it deserves.

You should call a plumber if:

1. Consider a hair-stopper - Our San Mateo drain cleaning technicians get called into clear out hair from shower drains daily. This is completely avoidable however. If you want to install a hair-stopper on your shower drain, it'll stop the long hair before it even gets into your pipes.

2. Dispose of your grease in the trash - When you put cooking oils or grease in your kitchen sink, you might not get a blockage right away, but over time you will. What happens when you do this is these fatty oils stick to your pipes and catch food that's passing by causing all sorts of blockages and problems.

3. Add a lint-catcher - You might not consider where all the dirt from your clothes goes after your washing machine is done, but it's released with the water into the main water line. If you don't have a lint-catcher then over time you'll need to clear out all the gunk, but with a lint-catcher this won't be a problem.

4. Do not put the following food items in the garbage disposal - Egg shells, fibrous foods, starchy pasta & rice, coffee grounds, and bones will all cause problems in your pipes. If you want to avoid having our San Mateo drain cleaning specialists in, throw these foods out in the garbage.

In many instances, homeowners use caustic chemicals to clear hair, soap, and other buildups from drains. Unfortunately, these do not address the root cause of the problem and can oftentimes lead to additional problems down the road. That is why it’s always better to speak with a San Mateo drain cleaning expert from Wizard Plumbing and Drain.

Save time and money by taking care of your drains. When it comes to providing rapid, reliable plumbing in San Carlos, Redwood City, San Mateo, and beyond, our team is unsurpassed. We are here to address your concerns in a phone conversation and offer an estimate for our services. Our technicians understand the importance of a job well done – let us put our skills to your advantage.

Our San Mateo drain cleaning experts only perform necessary work to keep costs affordable and budget-friendly. Want to learn more? Reach out to us today, whether you are in San Mateo, San Carlos, or anywhere in the Bay Area.